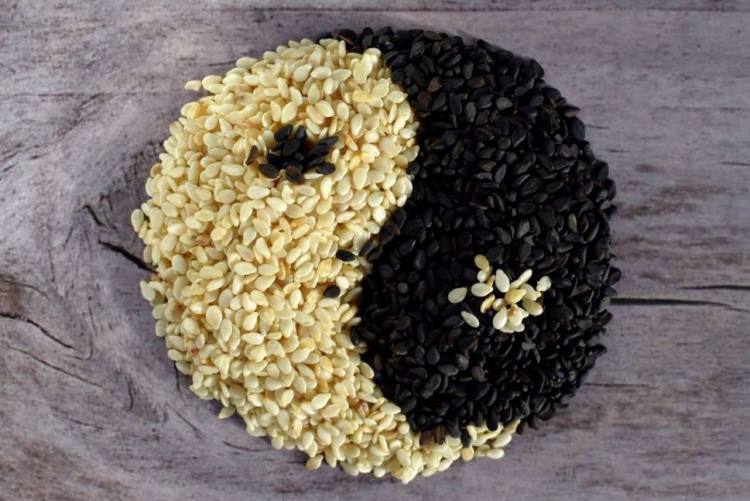 « Back to Glossary Index

Sesame seeds have been used for over 5,000 years as a source of edible oil, and cooking ingredient. Sesame seeds are commonly used in many worldly cuisines for flavor as well as medicinal uses. From savory to sweet, the love we have for this seed’s rich nutty flavor, knows no limits.

Sesame is an extremely nutritious seed, loaded with healthy fat, fiber, protein, and calcium. We use them in top of our vegan tofu nori rolls and vegan tofu katsu recipes.

Overall sesame seeds can be found in just about every cuisine. used and prized for their variety and oils. These seeds also have a rich nutritional value and medicinal properties.

Sesame seeds come from a flowering plant known as Benne. These plants originate from Africa but have been naturalized to many different worldly tropical regions. India and China are leaders in global sesame production. In 2013 India led the world production with 4.2 million tons of this desirable ingredient. 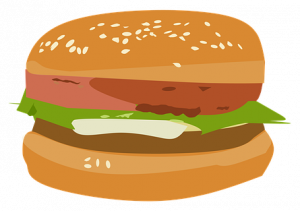 75% of Mexico’s sesame production is sold to McDonald’s to top their buns.

There are two different varieties of sesame seeds, white and black. Both varieties are delicious and nutritious though they do have different flavor profiles. The hulled white seeds are typically used in baking and sweets because of their delicate and not overpowering flavor.

The black variety has a richer flavor and even stronger aroma. The black sesame seeds are best used with other bold ingredients.

Learn how to make a delicious and healthy drink made from sesame seeds!

Sesame seeds have an outer protective cover commonly referred to as the hull or husk. This part of the seed is completely edible but it can be removed before consumption. Sesame seeds can be bought with or without the hull.

The hull removal process involves adding whole sesame seeds into a machine which spins and mixes the seeds with water. Imagine a large kitchen aid on spin using a paddle. The pressure from the spinning paddle and the water help remove the hulls. The seeds are then strained and dried.

While sesame seeds are known for the rich nutty and slightly sweet taste, these flavors are enhanced by toasting them. Though for us, the black variety tends to be a bit bitter when toasted. Raw sesame seeds taste still rich in flavor but in comparison to when toasted, the flavor is not as pronounced. Also once toasted the texture changed from soft to a bit crunchy.

Sesame seeds are 40%-60% oil. It’s no wonder humans used sesame seeds as their first oil seed crop. The oil extracted from sesame seeds are used extensively in asian and middle eastern cuisine. It has a longer shelf life due to being rich natural antioxidants such as sesamol.

There are generally two types of sesame oil, light and dark. The light oil is clear or has yellow tint. This light oil is good for cooking. It has a high smoke point of about 410 °F making it good for frying. It is even suitable for deep frying.

Dark sesame oil come from first toasting the seeds. It has a more nutty flavor and best used to finish a dish. It has a lower smoke point. It can be used for pan frying but not deep frying. It’s flavor best suited for drizzling on top after the food has been cooked. Dark sesame oil is wonderful in salad dressings. Try adding a drizzle of dark sesame oil to our Chickpea Salad Filling.

Sesame Use in Dishes Around The World

In the middle east, ground sesame seeds are used to make a product called tahini. Traditional tahini can be made using sesame seeds that are grounded into a thick paste, along with lemon juice, water, salt and additional spices like garlic powder or others.

Tahini can be made into different consistencies as well from a thick syrup like consistency to a smooth semi-liquid similar to that of a ranch dressing. Tahini is typically an important ingredient when making hummus as well. Who knew, some lemon juice, chickpeas, sesame seed paste and spices would do the soul a whole lotta good.

The Benne wafer, a sweet made from sesame seeds and sesame flour is popular in South Carolina. The sweet named bene after the flowering plant it originates from, was introduced to colonial america in the city of charleston by slaves from west africa.

Binangkal is a type of doughnut from the Philippines made from deep fried sesame coated dough balls.

Luna’s absolute favorite sesame seed treat is Jian dui. It is a chinese pastry made with rice flour coated with sesame seeds and filled with a lotus or sweet red bean paste.

It is also common to find different spices mixes containing sesame. In Japan, Furikake, a blend of sesame, sugar, salt, chopped and dried seaweed, is typically sprinkled onto vegetables, rice or meats. Japan also has a rāyu paste, which is a chili-infused sesame oil commonly added to rice or noodles.

Originating from Japanese cuisine, katsu is a lunch or dinner plate with fried chicken, and has been coated in breadcrumbs. Katsu dan is a Japanese dish containing fried pork, eggs, and veggies. Instead of using fried chicken or fried pork, tofu is used in vegan cooking.

Typically katsu is served with a brown sauce made from pureed fruit or ketchup. In addition to sauce, rice and veggies are also commonly served.

Other variations of this dish include curries....